Edited by film and media scholars Li Guo and Jinying Li, the two special issues of the Journal of Chinese Cinemas—Animating Chinese Cinemas I and II—not only mark an important milestone in the study of Chinese animation but also point toward a series of historical, theoretical, and methodological questions central to the past decade’s academic debates over the nature of old and new media. These debates can be generally characterized by the challenge faced by cinema’s indexical claim over reality in the age of digital media and computer-generated animation. At the center of these debates is what Tom Gunning famously calls the “the great scandal of film theory,” which has long marginalized animation by the exclusively photographic understanding of cinema.[1]Echoing new media theorist Lev Manovich’s polemics that situates cinema within the history of animation, Gunning points out that an overemphasis on the referentiality of cinema’s photographic basis led to the general scholarly neglect of the centrality of animation in the early technological development of the cinematic medium. 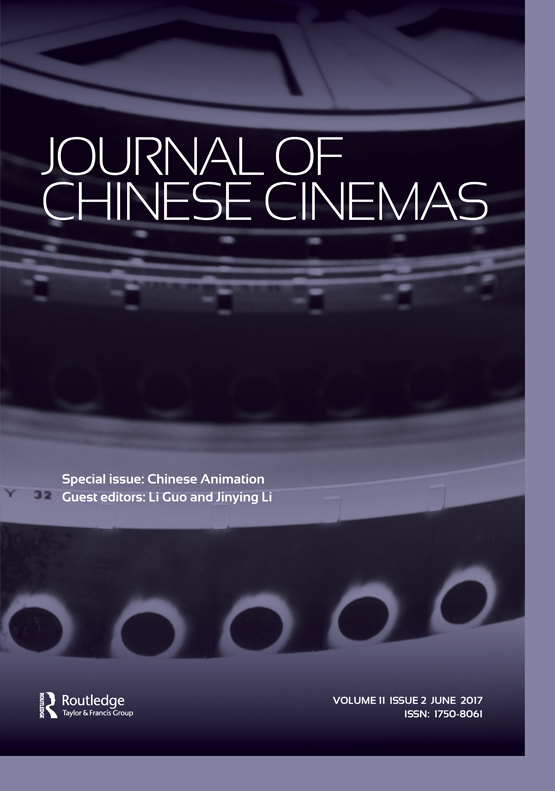 Against this context, Animating Chinese Cinemas shared a similar theoretical ambition with the 2014 edited volume Animating Film Theory from Duke University Press. In this volume, film and media scholars such as Tom Gunning, Alexander Galloway, and others address the theoretical intertwinement of animation and film theory, mostly within Euro-American contexts with the exception of the last section titled the “Animation and the World,” which, despite its worldly claim, features only two pieces on Japanese animation, together with one piece on US malaria films during the Pacific War, a piece on cartoon cats, and one on African American animations. In short, animations about animals, bacteria, and various cultural others make up the “world” in this volume. Despite the editors’ efforts in staking out a non-culturalist approach toward animation, works produced outside of the Euro-American context are still relegated to a world-area on the periphery of the “cartooniverse” of film theory. The marginalization of animation, in this case, is intertwined with the marginalization of species, race, and geopolitical areas. This is perhaps why the special journal issues on Chinese animation are such timely and meaningful contributions to the field, as they ask film and media scholars to confront the double marginalizations of both  medium and area by treating the broadly defined “Chinese” animations not as culturally-specific phenomenon but as a method of disaggregating the area called “China” into a series of transregional sites, trans-medial practices, and trans-cultural encounters.

Situated within this broader conceptual matrix, the special issues organize seven journal articles—introduced by an editorial preface and Thomas Lamarre’s “interim report”—into two groups. In Lamarre’s words, the first group consists of three essays that tend to treat animation as as “a set of materials, forms, and genres” that carry a “centralizing and centripetal” force with their emphasis on the roots and routes of the development of classical Chinese animation. Heavily relying on archival materials to reconstruct the roots and routes of animation industries, the first three essays excavate key agents of animation production within a series of institutional and organizational contexts. The career trajectory of the Wan brothers in Shanghai, the state-run animation studio of the Shanghai Animation Film Studio, for instances, serve as the anchoring reference points in their stories about Chinese animation’s origin, transformation, and struggle within and beyond the national boundaries. A case in point is Daisy Du’s historical account of the Wan Brothers’ post-1949 encounter with Hong Kong film industries, which showcases how the founding figures of Chinese animation might have experimented and anticipated the emergence of the “national style” in the People’s Republic during 1950s and 60s outside of “China” proper. Du’s account also reveals an alternative lineage of postwar Hong Kong’s commercial advertising and live-action cinema industries.

The emphasis on Chinese animation’s roots and routes can similarly be found in Yuanyuan Chen’s piece on the influence of classical painting and literary narratives on China’s state-sponsored classical animation style between the 1950s and the 1980s. The adherence to painterly aesthetics and literary narrative structure, Chen suggests, foreclosed the studio’s possibility of exploring more modern themes and techniques, leading to its eventual decline after the 1980s. Du’s and Chen’s essays present two telling cases of the paradox of the “area”— nation, state, culture—within which the animation-medium is seen as a marginalized supplement that needs to be rediscovered, recuperated, and reintegrated into the mainstream discourse of Chinese cinema.

The second group of essays, featured in the second issue, embodies a very different approach to the relation between animation and cinema. The four essays in this issue depart from the national-ethnological paradigm of the first group and its concern with animation’s developmental teleology by treating animation as “a pervasive mode of technical existence.”[2]Instead of redeeming animation in the history of Chinese cinema as a group of genres or styles, the second group of essays situates the ontological debate of animation within the broader media ecology informed by the network of spectatorship, fandom, platforms, and technologies. Such a shift of focus from ontology to ecology, however, is not simply due to their focus on the so-called new media of the global digital mediascape. Rather, it has more to do with their concerns about how to reanimate the putatively old history of cinema by way of the seemingly new, seemingly Chinese, and the seemingly human in the media environment.

Paola Voci’s piece on the handmade animation of Lei Lei is perhaps the best example of how the return of the “hand” in the internet age may connect animation to the pre-filmic media practices of shadow play done by hands. More than mere a historical anachronism, Voci’s approach looks harder into the medium-specificity of Lei Lei’s animation as well as its sensory quality that is “digitally embedded—rather than digitally created.”[3]In this case, the handmade texture of animation forces us to ask what cinema—yingxi (play of shadows)—really means in terms of its Chinese etymology and epistemology. The pre-filmic and the post-filmic are, therefore, connected to raise more questions regarding the primacy of the photo-based realism of the cinematic medium.

In a similar vein, Belinda Qian He’s essay on the amateur mash-up short film/animation Jinguo Daye/The Founding Womensituates the ontological debate between cinema and animation within the dynamic environment of cinephiles, online fandom, and a potential feminist counter-public that could have emerged from the encounter between the cinematic and its reanimated/remediated images though the vernacular practices of the amateur. New media platforms, in this case, afford the possibility of animating—reorganizing and restructuring— the nation-gender script inscribed on the masculine and cinematic original of Jianguo Daye/The Founding of the Republic. What He calls the “distribution of the animatable,” therefore, becomes the condition of possibility for thinking about/through cinematic temporality.[4]

Together, Animating Chinese Cinemas I and II supplement each other with their different emphases on area-specificity and medium-specificity, respectively. That being said, these two groupings are by no means mutually exclusive. The same ontological and ecological questions regarding the medium-specificity of animation in the second group can also be asked in the cases presented by the first. Take Chen’s essay on the influence of traditional painterly and literary tradition on animation, for example. In addition to framing the issue in terms of the limiting effect of a “Chinese” cultural script, one might also ask how the adherence to the painterly and the literary might have cultivated an alternative meaning of technicity against an environment dominated by the socialist sensibilities of standardization, scientism,  and industrial modernization. By the same token, He’s essay on The Founding Women can still further push the question of “the animatable” back to the political environment of contemporary China, where the difficulty of collective mobilization (read: animation) and alternative public spheres seem to imply the need for exigent actions with much less time for paratextual free play. What is at stake, once again, is when and where one may identify the very instant of “the animatable” within/beyond the national frame.

As the editors of the special issues maintain, the aim of these two special issues is not just to map out a marginalized, if not hidden, history of Chinese cinema, but to mobilize animation as a method that can afford an alternative paradigm beyond the primacy of cinematic realism and ethno-nation designation in the preexisting scholarship. Rather than catering to the specific readers interested in Chinese animation, the questions and issues brought up in these two specials issues also speak to any readers who are interested in the recent theoretical turn in film and media studies in general. If animation can be used as a method to debunk or disaggregate area/nation-specific film scholarship, so should the label “China.”

He, Belinda Qian. “Animating herstory? Stillness/motion, Popular Cinephilia and the Economy of the Instants in the Post-cinema Age.” Journal of Chinese Cinemas11:3 (2017): 243-258.

Lawrence Zi-Qiao Yang is a postdoctoral researcher at the Fairbank Center for Chinese Studies, Harvard University. He received his Ph.D. from UC Berkeley with designated emphasis in both Film & Media Studies and Critical Theory in 2019. Specializing in postwar Chinese-language cinema and literature in Taiwan and Hong Kong, he is currently completing a book manuscript tentatively titled Speculative Statecraft: Logistical Media and the Culture of Chinese Cold War, 1945-1978.