Released in 1978, the animated film One Night in the Art Gallery (画廊一夜, Hualang Yiye, hereafter One Night, Fig 1) was produced by the Shanghai Animation Film Studio (SAFS) immediately following the Cultural Revolution (1966-1976). It was directed by Ah Da and Lin Wenxiao (徐景达, 1934-1987, 林文肖, 1935-), two renowned animators at SAFS. In contrast to the politically oriented productions of those tumultuous years, One Night exemplifies how Chinese animators reclaimed animation from a media perspective post-Cultural Revolution; the film is significant for its reclamation of fine arts approaches from the clutches of political propaganda in the postrevolutionary period and its appeal to a child audience.[1] Its adoption of fine arts approaches, for example, an emphasis on fantasy, indicates Chinese animators’ eagerness to diverge from the realistic representations promoted during the Cultural Revolution, while the film’s narrative emphasis on children and art drawn by children appealed to a child audience.[2] Acknowledging that fine arts films (美术片, meishu pian) produced during the Cultural Revolution addressed class struggle without medium specificity,[3] Chinese animators sought to reconstruct the field of animation by turning their focus to the medium itself, as implied by One Night’s stress on representation and narrative. This specific pursuit is firstly implied by One Night’s negotiation with the political turmoil of the Cultural Revolution. 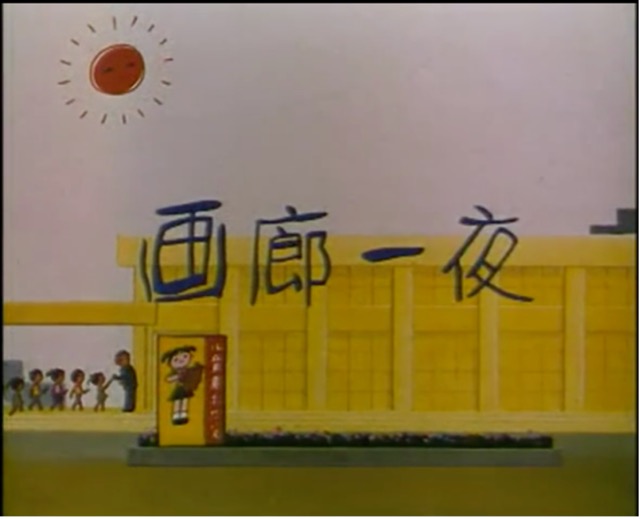 Fig 1: A still from One Night in the Art Gallery

The animated film depicts two anthropomorphized objects as characters, Master Gunzi (a spiked club) and Master Maozi (a top hat) (Fig 2), entering an art gallery exhibiting children’s paintings and destroying all of the artworks. In Figure 2, they are shown entering an art gallery exhibiting children’s paintings and destroying all of the artworks. This is an allusion to Mao—the Red Guards used clubs to beat teachers and artists and the era actively promoted the destruction of art. Specifically, One Night directly references the activities of the Red Guards and the Gang of Four during the Cultural Revolution, especially their attack on black paintings (批黑画, pi heihua)—art seen as Bourgeois, anti-communist, and anti-Mao—in 1974.[4] In 1972, Mao’s designated successor, Zhou Enlai, attempted to moderate some of the excesses of the Cultural Revolution. He freed some artists from captivity to create watercolour paintings—mostly landscapes and flower-and-bird paintings—to decorate hotels and railway stations that had been defaced by Red Guard Slogans.[5] But, in 1974, with Zhou’s health failing and his political influence waning, the Gang of Four—a rival faction within the Chinese Communist Party—seized the paintings and mounted an exhibit of the denounced “black paintings” at the National Art Museum of China in Beijing on February 15, 1974.[6] Subsequently, the exhibit moved to the Great Hall of the People and similar exhibitions were organized in Shanghai and other cities. 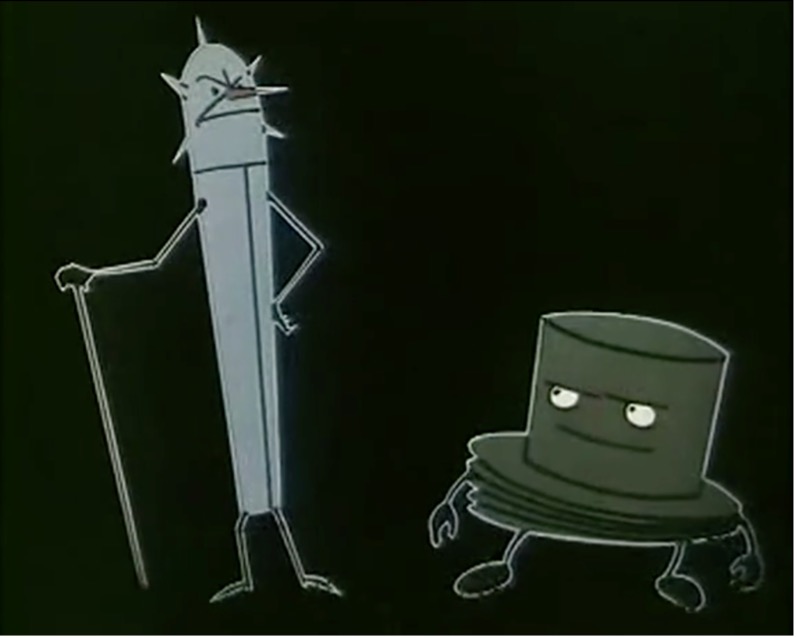 Although One Night indeed references these political events, it depicts the two protagonists in a satirical manner and criticizes the “black painting” campaign through a narrative turn in the second part of the animation. Following official criticism of the attack on black paintings by the Ministry of Culture in May 1977,[7] in October 1977, One Night’s screenwriters wrote the story and hinted that it was based on actual events.[8] Master Gunzi’s and Master Maozi’s arrogance is suggested by their appearance at the beginning of the animation; they break the initially quiet atmosphere enjoyed by children and occupy the show by closing the door behind them. Once inside, they destroy some paintings they identify as communicating specific anti-revolutionary messages, such as a painting of a boy running a race for its supposed glorification of the pursuit of fame. However, as they walk around the show, they become utterly discomfited and destroy all the paintings they encounter by scribbling on them. The second part of the animated film presents the narrative turn; at night, after the two rampaging Masters have departed, the paintings’ destroyed figures—children and some animals—come to life and restore the gallery’s order. They then chase Masters Gunzi and Maozi, who had returned to the gallery having been informed by a traitor of the gallery’s restoration. After catching the two Masters and the traitor, the now-alive painting figures put them into the drawings and render them still. In animating the victory over the villains, One Night makes a clear cultural statement opposing the political agenda of the Cultural Revolution.

From a media perspective, One Night illustrates two important moves for the animation post-Cultural Revolution: an appeal to children as an audience and the reclamation of fine arts approaches in animation. As prior noted, One Night’s animators chose to tell the story of the attack on black paintings in a way that would appeal to a child audience. First, the animation transforms the black paintings exhibition into a gallery filled with children’s artworks. Rather than depicting the traditional landscape and flower-and-bird watercolour paintings the Gang of Four had seized from hotels and railways, the gallery in One Night features paintings of children as well as reproductions of certain “black paintings” that seem to have been painted by children. For instance, the animation showcases an apparent reproduction of Greeting Spring ( 迎春, Yingchun) by Chen Dayu (陈大羽, 1912-2001), which depicts a rooster standing in front of several branches of winter jasmine (Fig 3). Yao Wenyuan (姚文元, 1931-2005), a member of the Gang of Four, had interpreted the rooster’s glare in “greeting spring” as an expression of hatred toward spring, a metaphor for the renewal and prosperity that the Cultural Revolution would purportedly bring to socialist China.[9] In One Night, the rooster’s glare remains, but he is painted as a child might paint a rooster, with simplified strokes and vibrant colours (Fig 4). Notably, while One Night appeals to a child audience by adopting this specific painting approach, the implied political satire would not have been easily understood by children. Ah Da remarked on both One Night’s appeal to children and the need to explain the implications of the film to them: “The adults who brought their children to view the animated film had to explain the narrative to their children based on their own understandings.”[10] Nevertheless, the animators’ other choices—Ah Da points to the lack of dialogue in the film, for instance—reinforce the idea that One Night stimulated audiences’ imaginations and thus catered especially to child audiences. 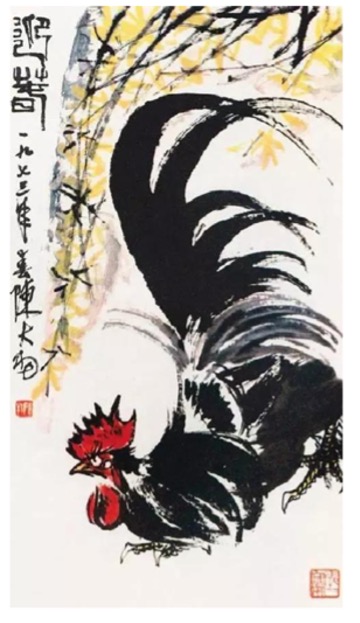 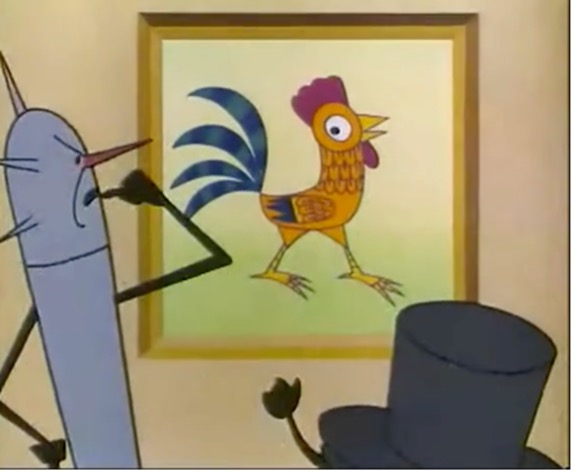 Fig 4: The rooster in One Night in the Art Gallery

The animators’ use of fantasy—in contrast to realistic depictions in animations produced during the Cultural Revolution propaganda—is aimed at reclaiming a fine arts approach in animation from the perspective of medium specificity. In One Night, this reclamation is indicated, first, through exaggeration and imagination. This is seen, for instance, in the cartoonish depiction of the two villains as a spiked club and a top hat, anthropomorphized through exaggerated facial features, arms, and legs and animated with physical movements. This unique representation of Master Maozi and Master Gunzi calls attention to the art of animation through its divergence from the realistic approach during the Cultural Revolution. The turn to fantastic representation—a reclamation of fine arts—is also present in the animation of child figures who become alive from the destroyed paintings. This begins with a boy, who comes to life blinking his eyes in a close-up view and then moves around a painting, calling to the children in the other paintings to help collectively to clean up the exhibition (Fig 5). The boy’s movement in the painting is abrupt, which might be done purposely by animators to strongly signal the element of fantasy. Then the group of children jumps out of the paintings and starts to clean up the exhibition with other animated children and animals from the artworks.

Fig 5: The boy in One Night in the Art Gallery

The reclamation of animation as fine art through medium specificity is also established by underscoring the significant role of drawing in animation production. One Night begins with an image of a pencil readied above a blank page of an open sketchbook (Fig 6). The pencil sets itself in motion, first drawing a sun on the upper left corner of the page and then, stroke by stroke, completing the first scene of the animation: a line of children in front of a building awaiting entry to the exhibition inside. Apart from setting up the narrative of One Night, this particular scene showcases a miniature view of the animation-making process and the relationship of animation to drawing, indeed, to fine art. 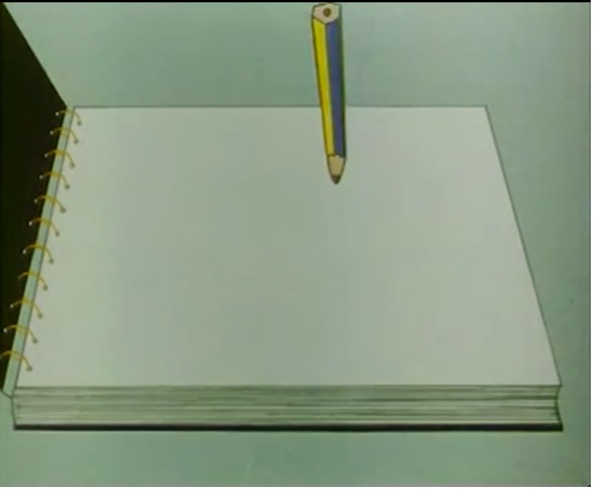 Fig 6: The pencil in One Night in the Art Gallery

One Night adapts the political events affecting the art world during the Cultural Revolution into a fantastical, child-oriented narrative, thereby showcasing Chinese animators’ reclamation of animation and fine art from a media perspective in the immediate post-revolutionary period. As such, it offers a window into animation’s medium specificity in late-1970s China, through animators’ appeal to children as an audience, and efforts to reclaim fine arts through animation and reconstruct the field.

Shasha Liu is a Ph.D. candidate in the Department of East Asian Studies, University of Toronto (Toronto, Canada). Her research focuses on the issue of mediating Dunhuang in the 20th century through the perspectives of four visual media: photography, painting, animation, and film, and argues that the visual mediations of Dunhuang produce knowledge, shape politics, and rewrite relations among the self, the tradition, and the world. She is currently writing her dissertation, entitled “Mediating Dunhuang with Images, 1940s-1980s,” with the support of Chiang Ching-kuo foundation doctoral dissertation fellowship (2022-2023). She has written a review of Professor Daisy Yan Du’s Ph.D dissertation (University of Wisconsin-Madison, 2012), “On the Move: The Tans/national Animated Film in 1940s-1970s China,” published by the Association for Chinese Animation Studies in September 2017. She has also published her paper, “Zooming in on the Animate Background: Mediated Dunhuang Murals with Design in The Conceited General,” in the Journal of Chinese Cinemas.